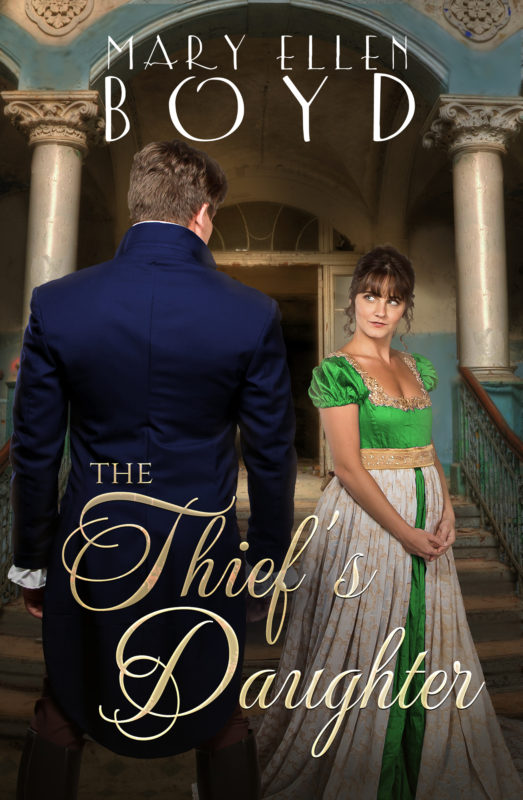 A woman of mystery in terrible need, a lord who would do anything to help, and a love that can either tear them apart or bring them together.

Tessa Abbott’s life is finally respectable, with employment and her own place to live, albeit only one room, when her father comes home to die. With his last breaths, he tells her to find her inheritance in his suits, that he has provided for her future with them.

A poor seamstress in London in 1814 can use all the help she could get, so she searches his clothes. Indeed, just as he promised, she finds a treasure hidden there, gems and jewelry—and letters—but it takes her no time at all to realize everything is stolen. In her neighborhood, if she is found with such items she risks arrest or death.

She decides to atone for her father’s thievery and save her own neck by returning the items as soon as she can identify who they belong to, but she will need help. Her only possibility is a name in a stolen letter that she recognizes: Blake Glover, now Lord Warrenby, a frequent visitor to the shop, as his mother is a client. He is more likely to turn her in than help, but he has always been kind when he shows up to collect his mother and sister from their shopping. That, she knows, is a rare quality. It’s a risk she has to take.

Blake has vowed never to abuse his position against the defenseless, but the beautiful young seamstress at his mother’s favorite modiste threatens his willpower. There is something about her that hints of a background higher than the position she holds. When his biggest temptation shows up with her impossible quest, he struggles to believe her claim of innocence. Worse yet, the letter she gives back to him reveals a secret only he knew, one he can never reveal to anyone. Now this impoverished seamstress who threatens his own vows knows it, and asks his help in her reckless plan to make amends.

Who is this beautiful young woman? Is Tessa as innocent as she appears? He hopes so, because something is growing between them, something that he can’t bear to lose.